The cases of promotion in Instagram are the quintessence of real experience and solutions to certain problems. This is a real treasure trove of knowledge for reflection and analysis, which will come in handy for making promotion strategies and avoiding mistakes. If you’re not yet a fan of case studies, your opinion may change today. In this article, we have collected the best cases, with strategies, tricks, and secrets from professionals. Choose the case that suits your case and take it on board!

The Instagram account was an online store of sneakers with rare inclusion of other hip things (hoodies, hoodies, caps, backpacks). The design of the account was very lame – “product + price” style photos which were poorly coordinated with each other, a poorly filled out profile header.

Of course, under such conditions, we could not talk about sales. Even requests to Direct were rare.

– To transform the profile design.

– Increase response and activity of subscribers.

– To increase the number of requests and sales.

Based on past sales experience, three customer avatars were created. Geo-tags and hashtags were selected based on the interests and favorite places of the target audience. The latter were made up of a bunch of sneakers + city millionaires. And each added another 15 tags to receive additional free traffic.

We created a detailed content plan for the month, which included sales, informational, entertainment posts, as well as various kinds of interactives.

First of all, the appearance of the account was worked out. To create an attractive profile cap, several criteria were selected that a person relies on when making a purchase, and then each criterion was adapted to a unique selling proposition. An active link with messengers was added to the description to improve communication.

The feed was worked out to a consistent style. Timeless stories with sections were added:

The last section helped a lot to increase customer loyalty and trust. To increase engagement, contests were held every two weeks, and to “warm-up” the target audience, a promotion on some cool model was given once a week.

Regularly conducted and simple discounts, but not the banal “-10% on all goods,” and with elements of game mechanics. People could win a discount for simple actions, for example, by sending a screenshot of a flashing gif.

To attract traffic, a mass following was engaged and advertising from bloggers was ordered.

– The number of views in Stories grew by 6 times.

This SMM manager case study is a prime example of how game-changing mechanics can increase engagement and attract new subscribers.

Increase engagement in the account and encourage subscribers to constantly follow the company’s profile to stay up to date on all promotions and news.

Created a picture coupon for a 10% permanent discount and cut it into 6 equal pieces. Subscribers had to save all six pieces and then could get the promised prize.

For a month and a half, one of the six parts of the discount coupon was published each week. The picture was published on a random day, but invariably at 10 a.m. sharp. Subscribers came to the profile every day to see if we published a new part of the picture, and at the same time, they learned about other promotions and company news.

The first part was saved by only five people, but on the penultimate piece, the number of saves has increased to 112.

In the end, three subscribers, who were the first to post the collected picture with an active link to the studio, got the discount card.

– The number of daily entries increased by 4 times.

– Coverage of subscribers in Stories was over 17k.

– Five clients had an active link to their profile in Stories.

The case study demonstrates how a clear and properly formulated content plan can transform a page, increase coverage and the number of subscribers.

Portrait of the audience.

Men and women from 20 to 40 years old engaged in photography.

A clear content plan with a prescribed structure of posts was made, as well as streamlined photo content.

With the content plan in place, the daily posting was established. Marathons, puzzle games, and contests were launched to increase engagement.

Every week, users could receive a gift if they liked the post and came to the live broadcast announced in it. Joint marathons were held with speakers, on the pages of which the target audience was present.

To attract traffic, advertising from bloggers and targeting was used. In the latter case, they promoted posts useful for novice photographers – tips, checklists.

– The number of subscribers was increased from 13k to 30k.

– The checklists were downloaded by more than 200 people every day.

Selling the services of a psychologist

This case is mostly about the effect of good content on the account promotion, and a little about how to sell services in Instagram to niches that can`t give a colorful picture.

At the start, there were 7 942 subscribers on the psychologist’s page. The account did not give anything away that it belonged to a family psychologist.

– To increase the number of subscribers.

– To work out the visual component of the page.

A content plan was created and themes that caused the most reaction among the subscribers were added to it. For the preparation of the posts, a copywriter has involved for whom a psychologist drew up a clear Technical Task for each publication: the main message, triggers, and important nuances.

First of all, it was necessary to make it clear at the first glance at the page that it belongs to the family psychologist who is ready to listen to the converted person and change his life. To do this, titles and headings were added to the photo. To make the account look harmonious, all images for it were processed with a single filter.

Attracting traffic was carried out exclusively through bloggers on a paid basis.

After 4 months of such meticulous work, the number of subscribers increased to 44k. The level of engagement, dynamics of posts, likes, and comments increased. And most importantly, every post of the psychologist resonated in the hearts of subscribers.

Initially, the page looked like most of its kind – teeth, teeth, endless teeth. Shortly before the campaign the subscribers were added and at the start of the account had 10k followers.

To increase the number of sales.

First of all, the brand concept was changed. We had to convince the customer of the need for informative posts, videos, and daily publications. Also, the customer was sent to a photoshoot so that bright professional photos could appear in the feed and posts.

Everyday posts with information that worried the users were posted. Active work with subscribers was conducted in the comments, all objections were closed.

Free promotion methods were used: mass liking and mass following. To increase activity, contests were held with a free teeth whitening service for a friend’s mark.

The most popular topics were the informative posts about children’s problems and videos in which the doctor shared the behind-the-scenes information about his work.

The first clients from Instagram started to come after 4 weeks of work. Moreover, the clients were very motivated to cooperate with our dentist.

Instagram is used by 25 million companies for business promotion, from which there is a lot to learn. Thus, a well-known sportswear brand Adidas launched an advertising campaign on Instagram titled “Original Is Never Finished”. Its main message was to show how important it is to stay true to yourself and your path. The main audience was young people between 18 and 24 years old, and the main theme was creativity, or rather how it allows you to realize yourself.

Artists, musicians, and athletes were brought in to realize the idea, among them sharing their success stories. Thanks to the individualized audience, the brand was able to increase the memorability of advertising among the TA (from 20 to 27 points). A single positive memorable idea made it possible to create viral content.

A striking example is a cooperation between Microsoft and National Geographic. On the eve of International Women’s Day, Microsoft launched an advertising campaign Make What’s Next, the main idea of which was to encourage the fair sex to work in the field of STEM. One of the company’s spin-offs was a collaboration with National Geographic accounts, which ran 30 photos with an accompanying story about a woman who successfully combines working in STEM with an active lifestyle. The posts included appeals to support the Make What’s Next movement by attending a free webinar.

Such a campaign with social undertones allowed the brand to interact with users on a deep emotional level and will be remembered for a long time.

LG used user-generated content to promote. Influencers were brought in to promote the LG V20 smartphone with an emphasis on shooting quality, and they clearly showed their follower’s photography capabilities by posting photos.

One of the most attractive types of content was and still is cute animals. It is a great way to promote any niche, which was once again confirmed by the advertising campaign of the alcohol brand Tito. The brand created a separate account for the company that posts photos of cute animals with an appeal to pick them up from a shelter. A branded vodka is added to each photo. The result is an interesting combination of the incongruous, which evokes approval for the brand among users.

What to take on board?

Whatever cool case you find – it naturally should not be completely copied. For each case, the promotion strategy should be built from scratch, but you can pick up a lot of tricks and successful solutions.

SMM cases are real examples of how to solve specific problems. They clearly show how working on a content plan, contests or advertising with bloggers can change the dynamics of an account. From the cases, you can take methods of working with the audience, as well as get ideas for inspiration.

Pay attention to how other brands are using social themes and philanthropy to increase loyalty. How they managed to increase user engagement and activity with the help of several contests. The cases have vivid examples of mutually beneficial cooperation, methods of working with user-generated content, and approaches to advertising to bring even loss-making companies to the next level.

With the help of cases, the work in Instagram can be simplified, because they give practically a ready-made solution for promotion. By studying it, you can find interesting ideas for your business and assess the level of your work on concrete examples. They demonstrate what methods you can use to gain the attention of network users and lead your brand to success.

Was it a good article? (New added) 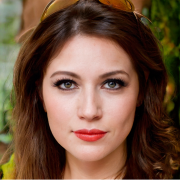 Rachel Burnham
Rachel Burnham is a current digital marketing executive. Rachel has over 8 years of experience in digital marketing. In her spare time, Rachel enjoys writing and creating informative courses. "It's better to try new things and be disappointed than suffering from ignorance," says Rachel.

What are Draft Instagram Stories and How to Work with Drafts

Instagram developers in March 2021 announced the launch of the long-awaited update – draft stories. ...
By Rachel Burnham
3 days ago

Do you want to spend less time on social media, but still get better results? ...
By Rachel Burnham
July 8, 2021

Instagram is a very popular visual social media site where people share all kinds of ...
By George D.Harrison
June 29, 2021

How to Fix Instagram Issue “Sorry, something went wrong.”

How to Know if Someone Blocked You on Instagram?

Get last Update & news faster with Instazood    Ok No thanks